Entrepreneur of the Year Award & Business Hall of Fame

In order to emphasize the importance of Odessa's small business community, the Odessa Chamber of Commerce honors one individual each year as Entrepreneur of the Year.

Additionally, the Odessa Chamber of Commerce inducts one or more individuals into the Business Hall of Fame. Help us recognize these individuals by nominating a business leader today. 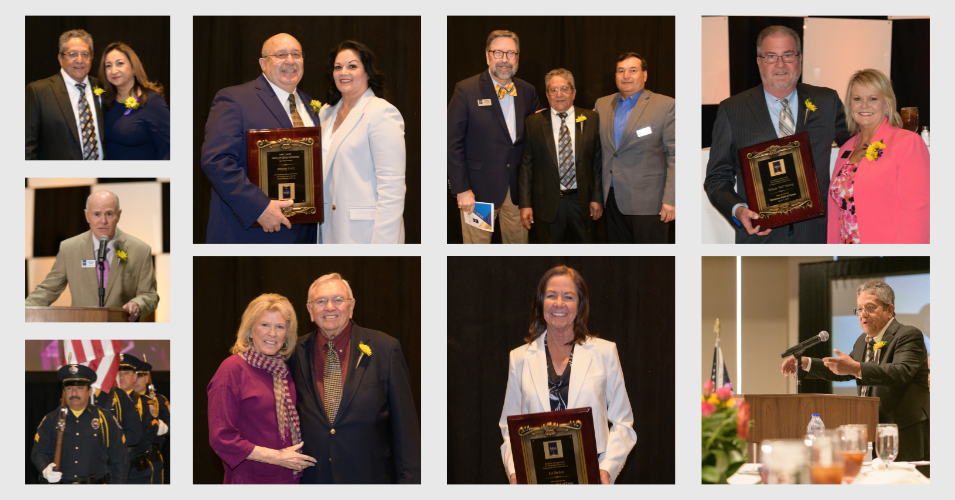 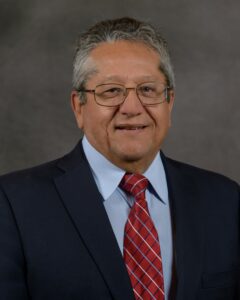 Born in Pecos in 1954, Robert Chavez has called Odessa his home for 44 years. He served in the US Airforce during the years 1973 to 1977. He then studied full time, attending Eastern New Mexico University, Odessa College, and UTPB.  Permian Machinery Movers, Inc. began in 1981 when Robert and his father, Ramon Sr., unloaded, loaded, and moved equipment and items weighing up to 30,000 pounds for local companies. After a few years of business, Robert’s brothers, sister, and other family members joined the company, ultimately being considered a family-owned and operated business. Permian Machinery Movers, Inc. has persisted through a handful of busts and booms over the last 41 years while expanding its operations by opening offices in El Paso, and San Antonio. Robert Chavez feels blessed to be able to do business with companies from out of the country, making friends from around the world giving him the opportunity or owning another business, Bullhead Equipment, LLC.

Robert is involved in many community activities including the Permian Basin Mission Center, FOCA, FBI Citizen’s Academy, The Odessa Chamber of Commerce, City of Odessa’s advertising for Economic Development, and First Baptist Church Odessa. He is currently serving on the Ector County Appraisal District and has served on the 1997 Odessa Development Corp. Board, Odessa Chamber Board and Executive Board, Permian Basin Rehab Center Board, La Entrada al Pacifico Rail District Board, and the Wells Fargo Advisory Board. In 2015, he was added to The Chamber of Commerce Business Hall of Fame.

When he is not working, Robert enjoys raising fruit trees, traveling, and spending time with his family. Robert enjoys serving at First Baptist Church Odessa by being a part of the greeting team, teaching bible studies, and outreach visitation to present the gospel on community doorsteps. Robert has been married to his wife, Aracely, for 27 years, they have three wonderful daughters and sons-in-law, Stephen & Ariana Hamilton, Jordan & Amanda Mendez, Victor & Samantha Amesquita, and four beautiful grandchildren, Alyssa, Addison, Mei, and Eli. 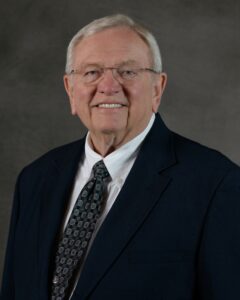 Troy Chesnut has called Odessa his home for 53 years.  He attended Texas Tech University and Oklahoma State Tech until enlisting for the Vietnam War. After serving three years in the 3rd Battalion of the 5th Marine Regiment, he returned to finish schooling at Odessa College, UT Permian Basin and Kennedy-Western. He studied Architecture, Accounting, Federal Taxation, Information Systems and Business and received an Associate of Science degree, Bachelor of Business Administration, Certified Financial Planner degree and a PhD in Business. Troy started his business while he was a student at Odessa College in 1974. Troy Chesnut, Inc. offers tax preparation and advisory services and financial planning and investment services. The business is a Christian organization and is known for their practical jokes including circulating a portrait of Troy’s Aunt Ruby all over the world. In addition to Troy Chesnut, Inc., Troy owns several other businesses including Orizon Research Institute, Vrdur Research International, and Exodus Resources.

Troy is involved in many community activities including the Odessa East Rotary Club, Vrdur Foundation, and American Wheelchair Foundation. He is currently on the board of the Odessa East Rotary Club, Vrdur Foundation, American Wheelchair Mission, Orizon Research Institute, Vrdur Research International and Jerry Lewis Comedy Classics. He has had the honor to receive the Heritage Odessa Foundation Award for Community Service and the Rotary International Service Award.

When he’s not working, Troy enjoys scuba diving, hugging on the grandkids and traveling for mission trips and international humanitarian efforts. He has been married to his childhood sweetheart, Karen, for 53 years and they have two children, Michael and Lisa, four grandchildren, Kacee, Cameron Kallie, Nancy and three great grandchildren, Sadie, Weston, and Trevor. 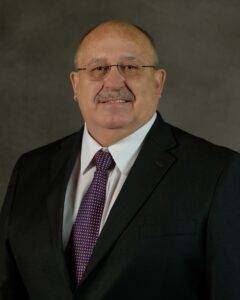 Larry Molinar is a lifelong Odessan having graduated from Ector High School and attended Odessa College. He was the chief operating officer for Saulsbury Industries before opening NTACT Operations in November of 2010. Larry holds various technical certifications and State Electrical Contractor licenses. His business offers heavy industrial construction and instrumentation, electrical, fabrication, and engineering services required in the oil, natural gas, bio-gas, and petrochemical industries. Larry named his company NTACT after the word “intact” without the “I” to signify the company is a complete, cohesive, and unified construction and engineering team. Larry’s company philosophy is “To create a culture that will achieve the highest standards in safety, quality, integrity, innovations, and financial objectives, as well as accomplish excellence in customer and employment services.”  NTACT Operations is a family-owned company and has 290 employees. In addition to NTACT Operations, Larry owns several other businesses including MoClan, LP, Molinar Investments, LLC, NTACT Resources, LLC, NTACT Constructors, Ltd., NTACT I & E, Ltd., NTACT Processors and Engineering, Ltd.

Larry has served on several boards over the years including the Odessa Chamber of Commerce Executive Committee, Saint Elizabeth Ann Seaton Financial Committee and the Permian Basin Workforce Development Board.

When he’s not working, Larry enjoys slot machines and spending time with his elderly parents and grandchildren.  He has been married to his sweet wife, Mary, for 41 years and they have three children, Nathan, Brandi and Krystal, and ten grandchildren, 6 lovely girls and 4 loveable boys. 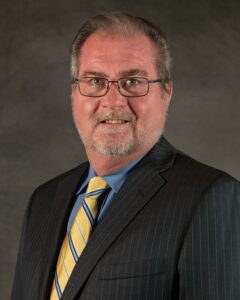 Bill volunteers at the Greater Odessa Rotary Club where he serves as President.  He has also had the opportunity to serve on several boards in the past including UT Permian Basin Engineering Advisory Board and Odessa College’s Machine Shop and Welding Advisory Board. In 2010 Bill received the Office of the Governor Best Practices in Business Skills. 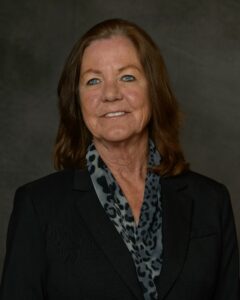 Liz Shelton was born in Odessa and attended school here until moving in 1970. She graduated from Rankin High School and received her degree in Animal Science from Texas A&M. Smith Commercial Properties, a commercial leasing company, opened in 1995 and is owned by Liz and her four children. Before starting Smith Commercial Properties, Liz was one of the 1st company men in the oilfield in the 1980’s.  She prides her company for having the mission to grow their family business with the community while having philanthropy at the heart of their enterprise. Odessa has been good to her mother and father and continues to be good to her children. She loves that Odessa offers countless opportunities for business and philanthropy and will forever call it home. In addition to Smith Commercial Properties, Liz owns several other businesses such as Highlano Plaza, Midkiff Double S Ranch and Old Glory Salt Fork. She is a Taxidermist, custom clothes salesman, oilfield company man, and a landlord.

Liz currently serves on the UT Permian Basin Presidents Advisory Council. In the past, she has served on the boards of the Ellen Noel Art Museum and CASA.  Liz was named Heritage of Odessa Statesman Award in the award in Arts and volunteers her time for CASA of the Permian Basin and UT Permian Basin.

When she is not working, Liz enjoys traveling, spending time with family and friends, ranching and playing mahjong. She has been married to her husband, Mike, for 34 years and they have four children and two daughters-in-law, Nathen & Brooke, Austin & Julie, Perry, and Christie, and two beautiful grandchildren, Campbell and Estee.

Previous Entrepreneur of the Year Recipients